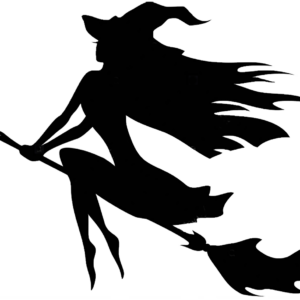 For those who have been inducted into the house of BabJaga. Large sticker. Ideal for your trailer. Sticker is a large transfer type so just the black sticks. For your stickers, email kimberly.olsen@hotmail.com. $36 for one. $70 per pair (postage free if you buy 2 or more). Smaller sizes available too. Send email to enquire. There is a tradition in Women's gliding. It seems to be a novel way of initiating the first timers into international competition. Women international pilots in Europe are known as witches. A mother witch is assigned to a daughter witch. The Babajaga is a ceremony where the daughter is paired with the mother and must read an oath -- repeated after the mother, in the mother's language. The pairing is carefully done so the daughter does not understand the mother's language ensuring some amusing mispronunciations of the repeated oath. In the oath the daughter promises to display good airmanship and good sportsmanship, being good to her crew, not dumping water on her fellow competitors etc. The ceremony typically proceeds first with the initiate being presented for questions by the onlookers, then the reading of the oath, then the initiate had lipstick applied and had to kiss the "Book of Witches." Then she had to down a shot of Vodka or similar ( a strong potion), mount a broomstick with her "mother" and do a lap around the fire. From http://slash.dotat.org/womens-worlds-2005/babajaga.html
Email to Order 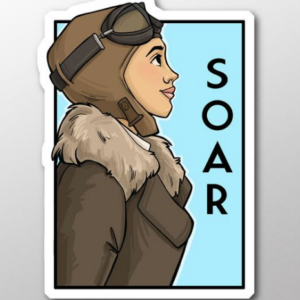 By Karen Hallion Simply beautiful. The material is a tough, white, premium vinyl sticker, good for almost any very flat surface. Windows, smooth walls and laptops are ideal; bricks and wood are not. They are removable and can be taken down with little to no residue, but they're not designed to be re-stuck. Outdoors they'll last for at least 18 months. All stickers are fit into a 3" x 4" square, sizes vary slightly/
Buy 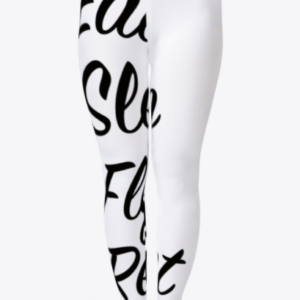 We love this new design.
Buy 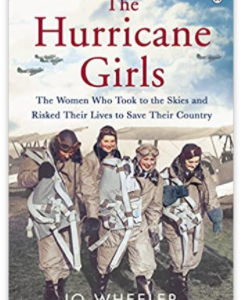 While their husbands, brothers and sweethearts fought in Europe and their mothers, sisters and friends kept the home fires burning, for the first time, a group of remarkable women took to the skies. They weren't allowed into combat but risked their lives in bad weather and without radios to bring our boys the aircraft they so vitally needed. Employed by the Air Transport Auxiliary, these women were known as 'attagirls'. They proved that women too could master Spitfires, Mosquitoes and Hawker Hurricanes, forging a new path in aviation. The Hurricane Girls is the fascinating, moving and inspirational story of bravery, determination and remarkable women.
Buy 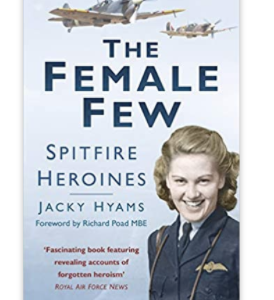 hrough the darkest days of the Second World War, an elite group of courageous, gifted women risked their lives as courier pilots, flying Lancaster Bombers, Spitfires and many other aircraft in hundreds of perilous missions across the country. In 'The Female Few', five of these astonishingly brave women tell their stories for the first time, awe inspiring tales of incredible risk, tenacity and sacrifice. Their spirit and fearlessness in the face of death still resonates down the years, and their accounts reveal a forgotten chapter in the history of the Second World War. AUTHOR: Jacky Hyams is a journalist and writer. She is the author of 'Bombsites & Lollipops: My 50s East End Childhood', 'The Real Downton Abbey', 'Rapid Response', and 'Time to Help Your Parent's. She has written for many newspapers and magazines, including the Sydney Morning Herald, London Evening Standard, The Times and Rolling Stone. She lives in London.
Buy 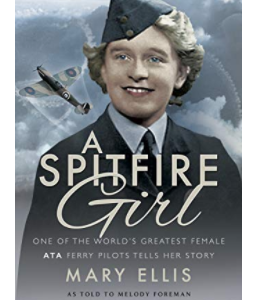 We visualise dashing and daring young men as the epitome of the pilots of the Second World War, yet amongst that elite corps was one person who flew no less than 400 Spitfires and seventy-six different types of aircraft and that person was Mary Wilkins. Her story is one of the most remarkable and endearing of the war, as this young woman, serving as a ferry pilot with the Air Transport Auxiliary, transported aircraft for the RAF, including fast fighter planes and huge four-engine bombers. On one occasion Mary delivered a Wellington bomber to an airfield, and as she climbed out of the aircraft the RAF ground crew ran over to her and demanded to know where the pilot was! Mary said simply: I am the pilot! Unconvinced the men searched the aircraft before they realised a young woman had indeed flown the bomber all by herself. After the war she accepted a secondment to the RAF, being chosen as one of the first pilots, and one of only three women, to take the controls of the new Meteor fast jet. By 1950 the farmer's daughter from Oxfordshire with a natural instinct to fly became Europe's first female air commandant. In this authorised biography the woman who says she kept in the background during her ATA years and left all the glamour of publicity to her colleagues, finally reveals all about her action-packed career which spans almost a century of aviation, and her love for the skies which, even in her nineties, never falters. She says: I am passionate for anything fast and furious. I always have been since the age of three and I always knew I would fly. The day I stepped into a Spitfire was a complete joy and it was the most natural thing in the world for me.
Buy 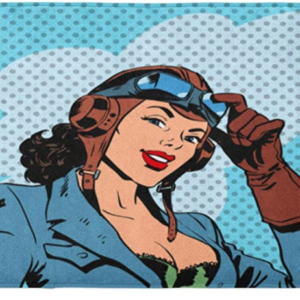 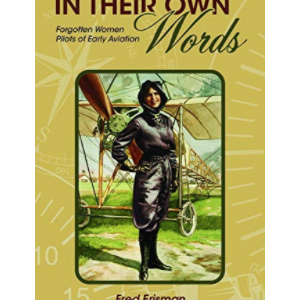 Book: In Their Own Words

Amelia Earhart’s prominence in American aviation during the 1930s obscures a crucial point: she was but one of a closely knit community of women pilots. Although the women were well known in the profession and widely publicised in the press at the time, they are largely overlooked today. Like Earhart, they wrote extensively about aviation and women’s causes, producing an absorbing record of the life of women fliers during the emergence and peak of the Golden Age of Aviation (1925–1940). Earhart and her contemporaries, however, were only the most recent in a long line of women pilots whose activities reached back to the earliest days of aviation. These women, too, wrote about aviation, speaking out for new and progressive technology and its potential for the advancement of the status of women. With those of their more recent counterparts, their writings form a long, sustained text that documents the maturation of the airplane, aviation, and women’s growing desire for equality in American society.
Buy 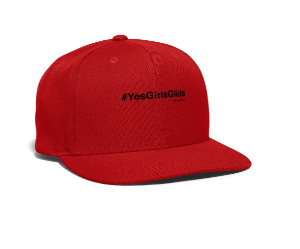 Check out all of the Soaring Sisters Merch
Visit the Store 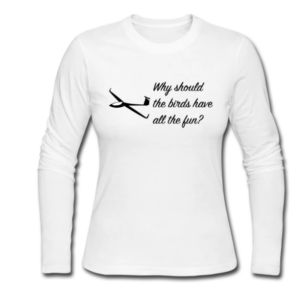 Long Sleeve Jersey T Shirt. Why Should the Birds Have All the Fun

Women's Long Sleeve Jersey T-Shirt is in stock. We will print it as soon as you order it.
Buy 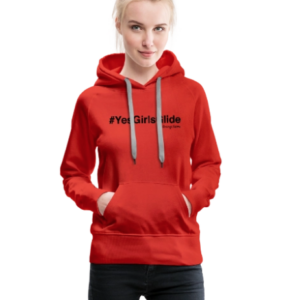 Women’s Premium Hoodie is in stock. We will print it as soon as you order it.
Buy 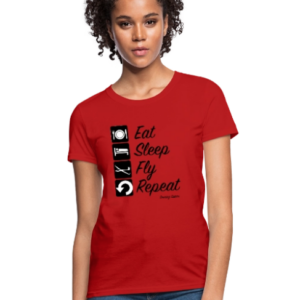